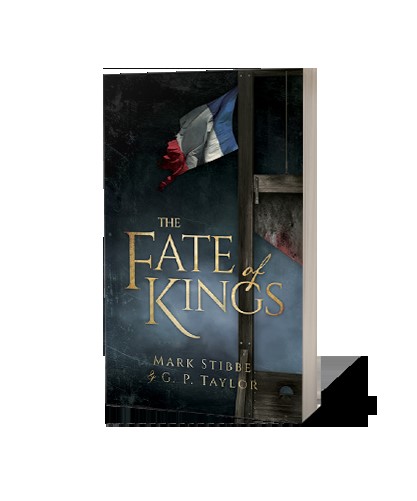 I am so happy to be today’s host in The Fate of Kings blog Tour.
I want to say thank you to Rhoda Hardie for giving me this opportunity.

1793. As the Terror begins to cast a great shadow over France, Thomas Pryce, the new Vicar of Deal, crosses the Channel to find the missing parents of his beautiful French wife. Facing grave dangers, he makes his way to Brittany where he not only discovers the fate of his in-laws but also uncovers a plot which threatens to topple the British monarchy. Fighting against a sinister secret society in a race against time, Pryce battles to thwart the plans of a Parisian spymaster and his agents in London. The Fate of Kings is the first in a series of gripping spy thrillers that will engross readers of C.J. Sansom, Dan Brown, as well as the many avid watchers of Poldark and Grantchester. In the first years of the British Secret Service, Thomas Pryce truly is the original James Bond.

Going into The Fate of Kings I expected adventure and even more so, a political novel.
Did I get what I expected?
Yeah, I can say so. But I can also say that even though I got what I expected, this book was also different from what I’ve expected in a way.

First of all, let me clarify that this book is piece of Christian fiction. I knew it, and I like reading Christian fiction once in a while, but I always like to warn people about that because I know some readers just don’t feel comfortable reading word-to-word praying and phrases like “God will help us, God will be with me.”
When it comes to Christian fiction, I’d say The Fate of Kings is on a heavier side.

So… this is where comes one thing that I didn’t like about the blurb for this book. Thomas Pryce, our main character, is not only compared to James Bond, but said to be the original James Bond.
I think it is misleading because we all know what  James Bond is all about, and yeah, you could say Thomas has some similarities with Bond, but only he is too… chaste. And that isn’t a bad thing, don’t get me wrong, I just wouldn’t compare him to James Bond.

The writing style is interesting. You can tell from the way the sentences were built that this novel comes from writers with years of experience in writing.
Then again, I got a feeling that there were too much tells for my taste. I’d prefer more shows, to be honest.
Also, the writing style was a bit too descriptive for my taste.

I know it sounds like I didn’t enjoy the book, but that is not the truth. I think this book is pretty adventurous and I overall enjoyed the novel, I just had to arm myself with patience until I got used to everything that was different from my expectations.

Who would I recommend this book to?
To historical fiction readers but also to fans of political stories.
Would I recommend it to James Bond fans?
Actually I would, because I think they would like it, but would tell them not to expect lots of booze and women because Thomas Pryce is different from James Bond we all know from the movies. 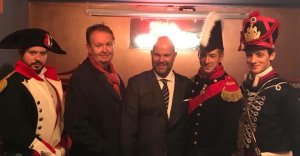 (born 1958 in Scarborough, North Yorkshire), pen-name G. P. Taylor, is the author of the best-selling novels Shadowmancer, Wormwood and Tersias. Before taking up writing full-time, he was an Anglican vicar in the village of Cloughton, North Yorkshire.
His works reflect his faith, carrying Christian messages like The Chronicles of Narnia of C.S. Lewis. He began to write his works to counter the increasing number of works, such as Harry Potter and Buffy the Vampire Slayer, that he believed were encouraging children to investigate the occult. His works have also garnered some controversy however, because whilst Taylor has claimed to be “an authority on Wicca and paganism”, his books have been considered offensive by some neopagans for describing them as being tricked by the Devil.

Mark Stibbe doesn’t have his biography on Goodreads nor on Amazon.