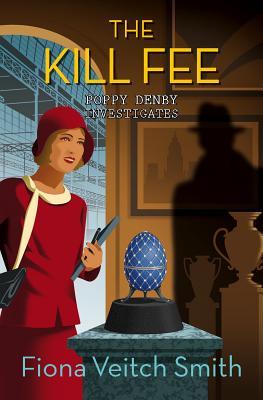 I am so happy to be today’s host for The Kill Fee blog tour.
I want to thank Rhoda Hardie for giving me this opportunity.
I also want to say thank you to Lion Hudson plc.

Poppy Denby, Arts and Entertainment Editor at The Daily Globe, covers an exhibition of Russian Art, hosted by White Russian refugees, including members of the surviving exiled Romanov Royal family. There is an armed robbery, a guard is shot, and the largest Faberge Egg in the collection is stolen. The egg itself is valuable, but more so are the secrets it contains within – secrets that could threaten major political powers. Suspects are aplenty, including the former keeper of the Faberge Egg, a Russian Princess called Selena Romanova Yusopova. The interim Bolshevik Russian ambassador, Vasili Safin inserts himself into the investigation, as he believes the egg – and the other treasures – should all be restored to the Russian people. Poppy, her editor Rollo, press photographer Daniel, and the other staff of the Globe are delighted to be once again in the middle of a sensational story. But, soon the investigation takes a dark turn when another body is found and an employee of the newspaper becomes a suspect…The race is on to find both the key and the egg – can they be found before the killer strikes again?

The Kill Fee is the second installment in Poppy Denby Investigates series, but it can easily be read as standalone.
In fact, Fiona Veitch Smith made it so easy for a reader to follow the story, that I honestly can’t imagine she could do the better job.

The book (paperback edition) starts with a map of Central London in 1920, with signes that show which character lives where and what institutions are there.
After the map, there’s a list of characters, fictional and historical ones, that explains you who is who, and who is in what kind of relationship with whom.
There’s also an explanation that makes it easier for readers to understand everything that is important about White and Red Russians.
After the whole story is told (read: at the end of the book) there’s an author’s word about Poppy’s world and how she used true facts and blended them with things that came from her imagination. I suggest you to read that (short) part as well because, trust me, it is interesting.

The Kill Fee is a suspense novel that will turn on your brain activity on and it won’t let you switch it off until you reach that very last page.
At least, that what’s happened in my case.

As the story began, I tried to do my best to remember all the things I thought were important so I could investigate together with Poppy, her being in fictional 1920 and me being in my room in year 2016.
Maybe it sounds a bit extreme, but I believe that all of you suspense and crime novels lovers out there know exactly what I’m talking about.

I have to admit, I was very close to find resolutions myself, and when the questions were answered, I wasn’t surprised, but I would also lied if I said I figured them out.

The story is written in third person, mostly following Poppy who works for newspaper Globe.
However, some chapters do follow other characters.
Also, not all of the chapters are written in the same storyline, following the same year or country.
Our story describes happenings in England as well as the ones in Russia.

Poppy was such a likeable character. She is one of rare women who chose to have career over being stay home mom.
She is still young though, and her mind is still not set in stone. We can see that from how she was questioning her future and wishes.
She is one of early feminists, not only fighting to be looked upon to equaly as men, but she also refuses to be overprotected (as women were in that time). In fact, at some points of the story, she is the one who takes things in her hands and goes to help others, no matter if they are male or female.
I am so glad I had a chance to meet Poppy through this novel because she is one lady who deserves so much respect.

The writing style was good. It was easy to read even though the story takes place during 1920 and I wasn’t too familiar with all the words used.
Nevertheless, I got a feeling that some words used were too new to be used in that time (like beau for boyfriend. Maybe I am wrong, but that word seem too modern to me to be used in everyday languange in 1920).

The story itself was really good. I enjoyed discovering new things about history that we didn’t get to learn in school (or maybe we were but I didn’t pay attention) and being reminded about some I forgot through years.
Still, don’t think this is a historical novel that will bore you to death with informations, because it won’t.
It is fun, and yes, it does takes place almost 100 years ago, but it’s main purpose is to entertain audience and make readers think. If you ask me, it served well.

As for the mystery, I’ll be straight honest with you: Missing Eggs weren’t my concern, and I honestly think that wasn’t the point, because I feel like author wanted for me as a reader to be more curious about them. Honestly, I didn’t care that much about the Eggs and their secret whatsoever, but I was very, very curious about people that those Eggs were linked to, and who’s destiny they touched, who’s lives they changed.

Overall, I am so happy I had an opportunity to read this book, because I certainly enjoyed it.
I am glad I discovered Poppy, and, because this is a second book in the series, and I haven’t read the first one, it’s a good news for me that there is still one book with her that I have yet to read.
The Jazz Files, the first book in the series, was shortlisted for the Crime Writers Association’s Endeavour Historical Dagger Award so I have no doubt it’s a great novel. 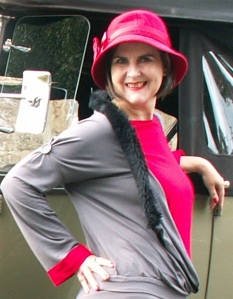 Fiona Veitch Smith has worked both as a journalist and university lecturer. Her debut novel in the Poppy Denby Investigates series, The Jazz Files. has been shortlisted for the Crime Writer’s Association’s Endeavour Historical Dagger Award. 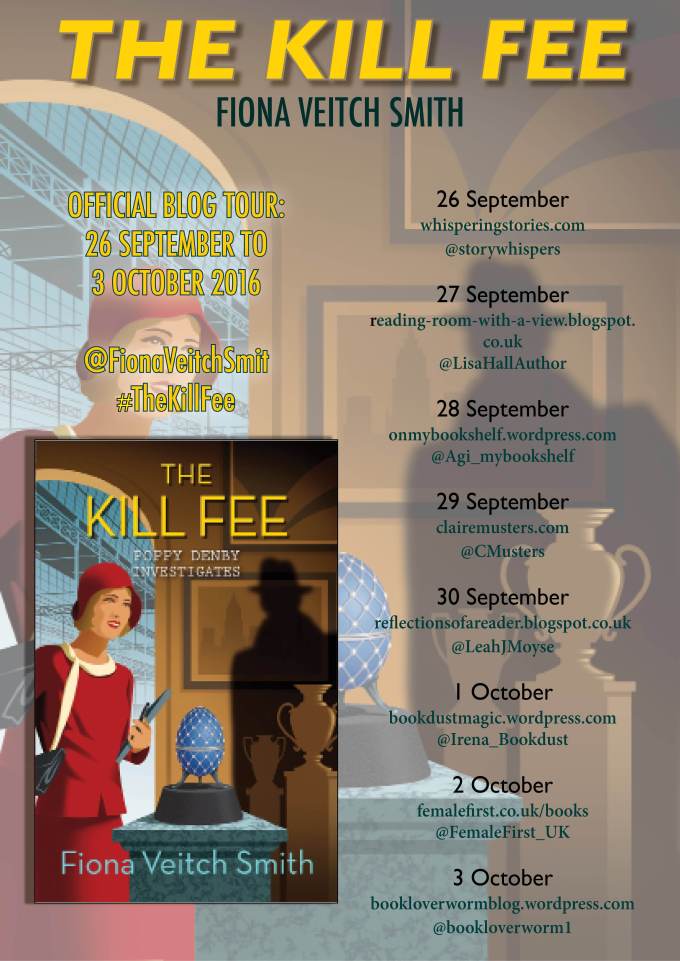