This week I want to talk about one old, and one (kind of) new movie.

More then few days ago, there was an independent movie playing on TV, called Teenage Dirtbag. It was filmed in 2009 so it is a bit older.
I knew about Teenage Dirtbag and wanted to see it for some time now, so when I saw it airing I was beyond happy.
In case you didn’t know, I am a HUGE fan of the movie called Keith (If you didn’t, please check it out because it is a piece of brilliance), and everytime I go to it’s IMDb page, Teenage Dirtbag is the one that appears as „similar movie“.

Because of that, I had higher expectations when it comes to this drama. The story was slow paced and a bit boring at times, but in the end I tought it was a decent movie.

What I didn’t expect was that it will pass some time and I would still think about this movie.
It has been days since I watched it and I still think about this film and get emotional at times, even though I didn’t feel that way while I was watching it.
I had to go on a trip, and the whole time I was in the bus, scenes from Teenage Dirtbag would appear in my mind and it was all I could think about.

I guess this is one of those rare movies that you appreciate more after some time passes and the story sets still in your mind.

I highly recommend it and I know I will re-watch it as soon as I get a chance. 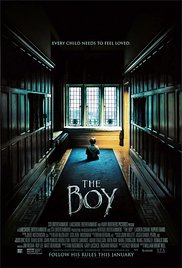 Ever since I saw the trailer for this horror I knew I had to watch it.

A girl hired to take care of a porcelain doll for the summer, while his „parents“ are away, how could it not be good?
I even made a joke how this is a movie about Anabelle’s boyfriend.

Oh, I can’t even tell you how dissapointed this movie left me.

I was soooo disappointed, I even questioned who would even give a green light for this movie to be filmed.
I can tell you right now, this is one of the stupidest movies I have watched in my whole entire life!

The only good thing about this film was one character: Malcolm.
I liked him so much that I would like to take him from this story and put  him in some other, better movie.

The day after seeing The Boy, I went on IMDb to see other’s people’s toughts and it seems that many people actually enjoyed this story, so maybe this is the case „It’s not you, it’s me“ when it comes to my impressions.

Note: Pictures in this post are not my property but taken from IMDb site and are property of Leonine Verse  and STX Entertaiment.