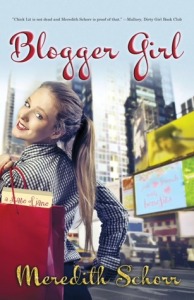 Source: from Author for a Review

Synopsis (from Goodreads): What happens when your high school nemesis becomes the shining star in a universe you pretty much saved? Book blogger Kimberly Long is about to ﬁnd out. A chick lit enthusiast since the ﬁrst time she read “Bridget Jones’s Diary,” Kim, with her blog, “Pastel is the New Black,” has worked tirelessly by night to keep the genre alive, and help squash the claim that “chick lit is dead” once and for all. Not bad for a woman who by day ekes out a meager living as a pretty, and pretty-much-nameless, legal secretary in a Manhattan law ﬁrm. While Kim’s day job holds no passion for her, the handsome (and shaving-challenged) associate down the hall is another story. Yet another story is that Hannah Marshak, one of her most-hated high school classmates, has now popped onto the chick lit scene with a hot new book that’s turning heads—and pages—across the land. It’s also popped into Kim’s inbox – for review. With their ten-year high school reunion drawing near, Kim’s coming close to combustion over the hype about Hannah’s book. And as everyone around her seems to be moving on and up, she begins to question whether being a “blogger girl” makes the grade in her off-line life.

When my friend Amanda asked me to read this book with her I was pretty excited.
This is the story about twenty-something Kim who is a secretary in law firm by day, and a book blogger by night.
Even though the premise sounded promising, I can’t say that my expectations were high.

In this short chick-lit we follow Kim who runs a successful book blog.
She has a crush on a guy who works in the same firm as her, and the story gets interesting when her high-school enemy is about to publish her debut chick-lit novel and needs Kim to review her book.

I would lie if I said that this book was boring, but I can’t say it was interesting either.
The whole time while reading this book I felt like the main plot was missing.
Don’t get me wrong, things were going on in this novel, but it felt like I was reading side stories but never got the main story to read about.
Even though it was interesting at some level, it was never interesting enough.

The characters in this book weren’t one dimensional, but they weren’t fully developed either.
I was fully satisfied with the development of only one character – Nicolas.

I found it unbelievable how Kim could have spend so much time blogging when being on work (did I mention she works as a secretary in a LAW FIRM??).
One time when she needed to go out and buy coffee she acted like a little brat. She got mad because she had to do something that was a part of her job, she was bossing to her boss and I just couldn’t like her.

Actually, that was probably my main problem with this novel. It’s main character was just too unlikeable for my taste.

Writing style was simple and this was an easy read.
Me and my friend read it in four days but I think that faster readers can even read it in one sitting.

As the story progressed it became more interesting and I believe that it’s sequel will be better.

My favorite thing about this book is the fact that I read it together with my blogger friend Amanda.
Chatting about characters and plot was what I liked the most.

She ended up liking this book more then I did and, if you want, you can read her review here: ChocolatePages

Overall, I didn’t enjoy this book as much as I wanted to and I don’t think I will read it’s sequel.